Does Stoicism Call Us to Be Vegetarian?

By Kai Whiting in Blog, Environmental, Stoicism on 19 Sep, 2019
No Comments

This article originally appeared on the Eidolon journal in February 2019.

I am a vegetarian Stoic. I am also a bodybuilding enthusiast who does not need beef to build biceps. I just need to train my body — and my mind.

As any gym rat knows, muscle powders and lean turkey steaks are must-haves for our lifestyle. But after a few years of bodybuilding, I started to think more deeply about my health and general well-being. I expanded on the narrow definition of what marketers told me constituted “fitness.” I considered my impact on the environment. I reflected on the ethics of eating so much meat when other people were starving. I could no longer distance myself from the evident duty of care we all have towards the sentient beings that we lock-up, fatten, and slaughter.

These issues came back to me as I began to learn more about Stoicism and publish academic papers and blog posts on how the “life well-lived” translates into something bigger than our personal endeavors. I am convinced that Stoicism is a political philosophy and that it definitely has something to say when it comes to the virtue of our food choices, which are often political. The question, then, is whether the teachings of Stoicism specifically encourage vegetarianism.

Exploring how a modern Stoic might eat is not a trivial philosophical exercise. For one thing, ancient Stoic philosophy was not particularly supportive of a vegetarian diet. Chrysippus (as recorded in Cicero’s On the Nature of the Gods 2.154–62) goes as far as to say that life has been given to the pig, as a form of salt, to preserve it for human use. To complicate matters, Stoicism and vegetarianism are two separate philosophies. A coherent vegetarian may put forward a case that, when avoidable, meat-eating (or the use of animal products generally) is unethical because of the harm caused to the environment, a subset of animals, or human health. A Stoic, on the other hand, cannot use that argument if they want to remain consistent to the philosophy’s principles, which state that harm is neither morally good nor bad, but rather an indifferent.

Instead, they must ascertain whether, under a specific set of circumstances, reducing the quantity of meat they eat (or abstaining from it altogether) constitutes a virtuous act or intention. This stance stems from the Stoic belief that human happiness is contingent on one thing only: your character, as exemplified by your mental state. After all, it is your mind (i.e., your thoughts and judgments) that dictates your capacity for vice or virtue. In a dangerous situation, virtue is called courage. When presiding over what is deserved or fair, virtue is called justice. When keeping in check appetites for food, drink, money, and sexual pleasures, virtue is called self-control. When judging what is good, bad, or neutral, virtue is called wisdom.

Consequently, how you navigate the world reflects your progress toward virtue or vice and governs your happiness or misery. According to Stoic principles, virtue is a form of knowledge that shapes your whole personality and life. It does not exist in a vacuum. Your propensity to engage in “good” or “bad” behavior can only be revealed in your interactions with other living beings and the environment. When applying this understanding to food, our choices are what make eating virtuous or vicious, temperate or gluttonous, just or unjust. Food (or drink), in and of itself, has no bearing on the Stoic idea of happiness. In other words, what you choose to eat and the manner in which you obtain, prepare, and serve it makes a moral difference because it says something about your character.

Modern Stoicism is far from synonymous with vegetarianism or environmentalism. Another wrinkle is that Stoicism has been hijacked, to a certain extent, by two noisy and loosely connected interest groups: the $toics and the Broics. The former uses “life-hack Stoicism” as a means to gain personal wealth and status by climbing a cut-throat corporate ladder. The latter uses “Stoicism” as a platform for the defense of men’s rights and the status quo. This is something which I believe modern Stoics, such as myself, should openly challenge — if we are to stand firm in our cosmopolitan duty.

In recent years, the Broic ranks have swollen like a blister — delicate to the touch, painful when accidentally trod on, and downright explosive when poked. Many of them (mis)use pithy Stoic quotes to justify vicious actions, namely ones linked to justice. Things get particularly ugly when I take to Stoic social media channels to discuss issues such as climate change, the gender pay gap, or education for the global citizen. This nonsense drowns out the quieter but growing number of male and female voices that are busy reminding everyone that Stoics are uniquely interested in the pursuit of virtue. It also effectively silences the very Stoic position of choosing to incorporate more vegetarian options into our diet because we have strong evidence that, under the circumstances in which we find ourselves, it is the virtuous thing to do. After all, on the world stage, the foods we buy and where we choose to buy them have an impact on societal and planetary well-being.

Part of the challenge when it comes to advocating for a “Stoic diet” is that what we choose to eat is a highly personal and often politicized statement, as the firing of William Sitwell over aggressive comments about “killing vegans” shows. When I became vegetarian, I saw how personally those around me took my decision, even though it had nothing to do with them. Some people began to ask me in a concerned tone, “Where will you get your protein from?” or “Where will you find the energy to train?” Others attacked me for “trying to be better than everyone else” or for “going against Nature” (a very serious accusation for a Stoic) or even “going against god.” A couple who held the latter view even invited me over for dinner but conveniently “forgot” that I no longer ate pork chops.

The moral judgements that surround food make diet an interesting, if fraught, subject in Stoicism. What you decide to put on your plate can express your wealth, priorities, and cultural or political alliances. So food plays a part in forging identity and may strengthen social bonds. It may even communicate your religious affiliation — which is why Seneca’s father asked him to give up being vegetarian, which at the time was linked to Pythagoreanism (Letters to Lucilius 108.22).

Another key element when it comes to Stoic food choices — one that goes beyond simply thinking in terms of personal preferences — is the moral importance of living in harmony with natural processes. In fact, “living in accordance with Nature” is the only prescription that exists in Stoicism going back to its founder, Zeno of Citium. It is one that evokes thoughts and actions that acknowledge the value of all elements of the Earth’s community, and thus represents the antithesis of the Broic “message.” This understanding forms the basis of the ethical framework of cosmopolitanism, which promotes the collective interests of the universal human tribe. It is also represented in the concentric “circles of concern,” a Stoic metaphor which highlights the moral obligations we have towards our selves, our family, friends, community, and all humanity.

In 2018, my team and I drew an additional circle — the “environment” — to acknowledge our connection to the living Earth, and the fact that it sustains and supports all of the preceding circles. It follows that Stoics should be concerned about the continued existence of non-human living beings and the ecosystems upon which we all depend. I also argued that we cannot continue to subject animals to intensive farming practices, if we, as modern Stoics, are to be coherent in our cosmopolitanism and the call to “live according to Nature.” This is because such practices negate animals’ ability to live according to their own nature. If everyone properly acknowledged their own role in supporting the unethical separation of young livestock from their mother, and the mass incarceration of animals generally, the implications for the food industry would be profound.

When a person has good reason to suspect unethical practices behind their meat, milk, or eggs, they ought to refrain from eating them if they wish to be consistent with Stoic principles. The same can be said about the eating of certain crops, especially where monoculture represents a threat to vulnerable ecosystems (such as rainforests). This is where vegetarians and vegans are often accused of contributing to environmental damage. However, given that 70 percent of US soybeans are destined for livestock consumption, a plant-based diet may still be appropriate as long as a consumer remains diligent.

Climate change is also an excellent reason to be vegetarian. From a Stoic point of view, what makes a 2 to 3 °C average in global temperature increases wrong is the fact that we are pushing the planetary boundaries beyond a threshold that can bring about and sustain life. This in turn hinders our ability to fulfill our cosmopolitan duty of taking care of ourselves and others. Climate breakdown also demonstrates the moral necessity to urgently re-evaluate our role on, and relationship with, Earth. This is because our behavior should align with our rational desire to make the planet more hospitable and conducive to life. Consequently, we must consider the environmental facts regarding what and how we eat.

Being a Stoic means that we must do due diligence on the latest celebrity fad diets. We must question the moral, not to mention the health and factual, grounds of the Mikhaila and Jordan Peterson beef diet — a meat-heavy Paleo or meaty keto diet that many $toics and Broics put their faith in. Doing so doesn’t make us (and I quote) “fake Stoics,” “climate fraudsters,” or “Marxist morons of the radical left.”

Of course, very few people outside of die-hard Jordan Peterson fans or “beef and leaf Paleo” pushers are going to make the case that we should eat more meat. At the very least, we should eat less of it, pay more for it, use all of it, and know where it’s from. We might also promote research and industrial practices that lead to potentially more sustainable food sources such as clean meats or insect protein.

As things stand, if we want to be fully consistent with Stoic principles, then we should probably acknowledge that a vegan diet is the single biggest way to reduce our impact on the planet. That said, Stoicism is not a prescriptive philosophy — so it may not be the case that Stoics should always, regardless of circumstance, opt for a meat-free diet. The evidence, however, especially when coupled with a commitment to living in harmony with Nature, strongly supports the idea that a modern Stoic should generally prefer a vegetarian or vegan option. This includes those of you, who like me, enjoy a barbell as much as a book!

Stoics Are Already Standing Up 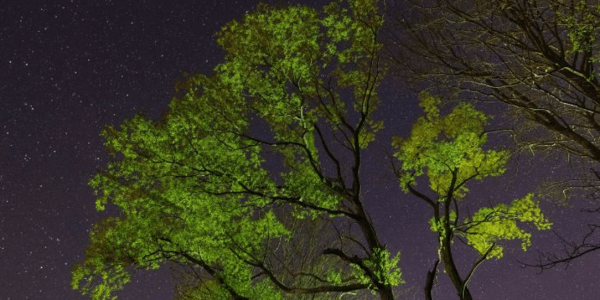 The Stoic God: A Call to Science or Faith?

Stoicism and Sustainability: Where Ancient Wisdom and the challenges of the 21st century collide